FIDF’s sole mission is to improve the well-being of the brave young men and women who protect Israel and Jews worldwide. Learn firsthand their stories, and how FIDF’s work touches their lives. 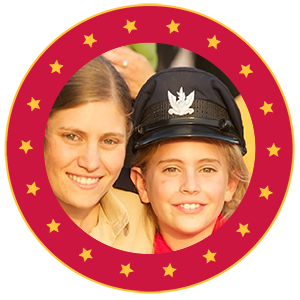 How 13-year-old Naama found resolve after losing her sister

Naama was only 13 years old, but she had already experienced profound loss; her sister, Cpt. Tamar Ariel Z”L – the first female religious navigator in the Israel Air Force – was tragically killed in 2014. In 2015, Naama participated in FIDF’s LEGACY Program, which brings together children from bereaved IDF families for an American summer camp experience, where they make new memories and share their stories and emotions with children who have experienced similar losses. Read More 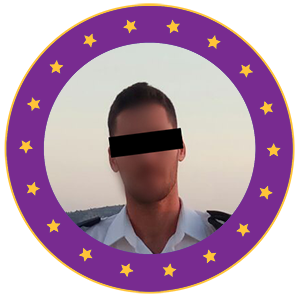 In their words: A note from a commando in Shayetet 13 (Israeli Navy SEALs)

Hello, my name is Tzvi. I recently finished my military service of 6 years in Shayetet 13, the Israeli navy seals. Back in February 2013, I began my qualifications course. That week was one of the hardest weeks of my life, during which many give up the dream of becoming a fighter in Shayetet. Read more. 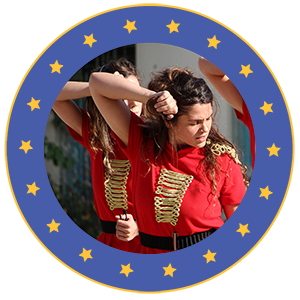 From combat soldier to choreographer

It’s not every day you hear the story of a dancing soldier. In fact, it sounds like something straight out of a fairy tale. But for Sivan Peled, that has been her life for the last few years. Born in Israel, Peled chose to press pause on dance to join the Israel Defense Forces Armored Corps as a tank driving instructor at a desert base. When her service was done, she realized how much she missed the artform and after receiving an IMPACT! scholarship, she shifted gears to once again study dance teaching and later choreography. Read more. 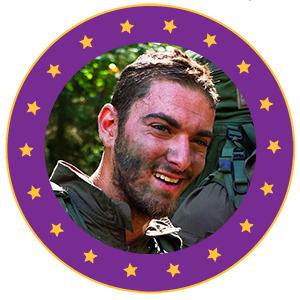 In the summer of 2018, 40 IDF paratroopers participated in a massive international training drill in Europe. During an exercise in Poland, Sgt. Yotam was told about an American soldier who had collapsed and needed immediate medical attention. Without hesitation, Yotam sprung into action and took charge of the scene. He led other medical personnel through first-response treatment of the unconscious and unresponsive soldier, managing to stabilize him before he was evacuated via helicopter.

Yotam rejoined the drill, not knowing whether the American soldier had survived. At their closing ceremony, the Commander of the American unit announced that thanks to Yotam’s actions, the American soldier’s life had been saved. “It was such a proud moment representing my country,” said Yotam. “Had he not been given the right treatment at the right time, it could have ended completely differently.”

Yotam’s brigade was adopted by FIDF supporters, allowing us to thank them for their service and care for their full range of wellbeing needs. 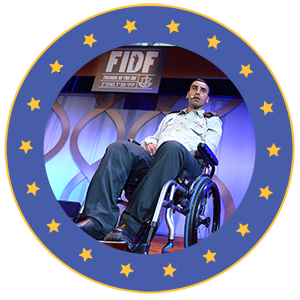 After participating in an FIDF Witnesses in Uniform delegation to Poland, Shai Siman-Tov was so moved by the atrocities of the Holocaust that he decided to do all he could to defend the Jewish people by becoming a commander and making the IDF his career.  He became a Lieutenant Colonel in the Golani Brigade and was wounded during Operation Protective Edge.  He talks about his injuries and recovery. Read more. 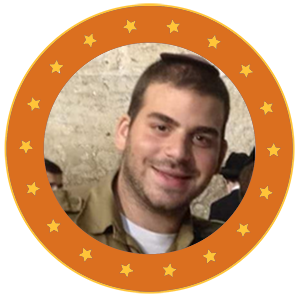 In their words: A Lone Soldier from Argentina

My story begins in 2011, when I joined the IDF as a Lone Soldier in the Nahal Brigade. I served as a combat soldier in the 931st battalion, mainly in the Hebron area and in the Gaza strip. During Operation Pillar of Defense in 2012, my battalion spent a week in Gaza; we experienced a lot of tension as missiles fell all around us. This taught me to appreciate the soldiers next to me; it emphasized the importance of working as a team, and the fact that we soldiers are never truly alone.

The hardest thing about being a Lone Soldier is that everyone returns home to their families and I did not. When you return home, you feel the loneliness. Friends of the IDF supported me as a Lone Soldier, inviting me to their Lone Soldier Fun Day and providing me with a plane ticket so I could visit my family in Argentina.

I’m also the recipient of an FIDF IMPACT! scholarship; the fact that I don’t have to work full-time because the scholarship includes living expenses has really made a difference in my studies. Receiving this scholarship has been such an exciting privilege. 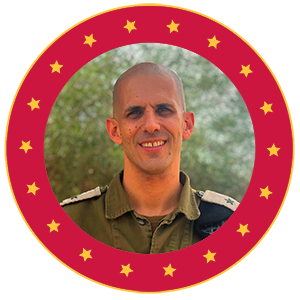 Lt. Col. Amit, an IDF career combat officer, found his unit suddenly ambushed during the summer of 2014 while patrolling Israel’s border. Nine terrorists who had infiltrated Israel through an illegal tunnel from Gaza, violently opened fire with missiles and machine guns. Two soldiers in Amit’s unit were killed. Shrapnel hit Amit’s head, ears, hands and feet, critically injuring him. He was evacuated to a nearby hospital and spent two weeks in intensive care.

The injuries Amit suffered rendered him unable to return to combat, despite his lifelong ambition to become a commander. Amit underwent a long, arduous rehabilitation process. Amit began volunteering in schools. “I wanted to use my time doing something meaningful,” he said, “something useful. It turned out to be a much bigger thing.” Recently, Amit was appointed Commander of Havat Hashomer Educational Base, fulfilling his dream to become a commander despite his injuries. The base is home to FIDF’s Project Overcome which gives troubled youth previously considered unfit to serve, the tools to integrate into the military. Just as Amit fought for his second chance, he is providing these young teenagers a second chance for a successful military service and beyond. 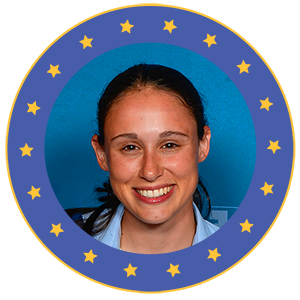 Cpt. Or knew from a young age that she wanted to join the IDF. Her father was a paratrooper and her brother a major. Or joined the Israel Air Force Air Defense Command and was trained in the Patriot defense system, Israel’s high-tech first line of defense on the northern border. She rose to command—the only female serving in this position—and became one of the best Patriot shooters in Israel.

As commander, FIDF sponsored her to join a Witnesses in Uniform Delegation to Poland. “Seeing Jewish history firsthand made me realize how vulnerable we are as a society, and why it’s so important to protect ourselves—by ourselves.” 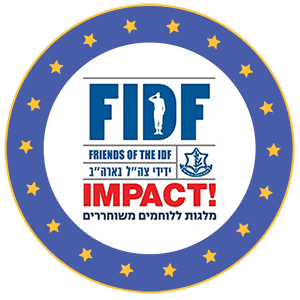 Assaf Glatzer had a hard start. His parents divorced and his father had brain surgery, which led to financial difficulties. Despite these challenges, Assaf went on to become a 2009 IMPACT! alumnus after studying social studies at IDC Herzliya. Building on that success, Assaf founded and is CEO of Marvilix, a one stop company that offers a suite of offerings from web design to digital marketing.  Assaf is extremely grateful for the opportunities provided to him by IMPACT! and considers it his duty to hire other IMPACT! alumni at his company. “It is an honor and privilege for me to employ IMPACT! alumni, as we share the same background and values. I see this as a mission to help them develop and advance their personal and professional careers.” Assaf is certainly paying it forward.

Eliran Elya was born and raised in Or Yehuda. His family experienced financial difficulties with his father working for the city of Givatayim’s transportation system and his mother working as a cleaning woman. In 2007, Eliran applied to IMPACT! as their scholarship program was the only one that funded the study of art, which was Eliran’s passion. Today he teaches film at Or Yehuda high school where his students come from at-risk populations and underprivileged communities.

In 2017, Eliran produced the movie, Doubtful, inspired by real events from his life and his experiences as a teacher. The cast of the film includes some of his real-life students.  The film was nominated for nine Ophir awards and has been presented at several Jewish film festivals around the world. Eliran thanks IMPACT! for his success.

Shlomo Kadosh’s parents emigrated to Israel from Morocco. His father worked in construction and passed away at a young age from cancer.  His mother, a teacher for children with special needs, became handicapped after being in a car accident.  Shlomo attended a military academy for high school and served as an officer in the IDF. He received a divisional commander citation (‘Tzalash’) for his bravery during Operation Tzuk Eitan in 2014, when he volunteered to enter a tunnel where two soldiers

were kidnapped. In 2015, while still in service, Shlomo attended an FIDF gala in New York and shared his story. Shlomo’s bravery allowed him to chart new territory. In 2017 he received an IMPACT! scholarship and began his MBA studies at IDC Herzliya. 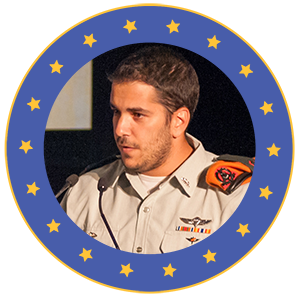 Search and rescue: Operation Protective Edge to a humanitarian mission in Nepal 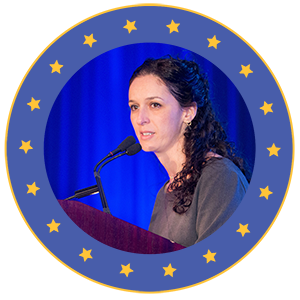 YOU CAN MAKE A DIFFERENCE IN THE LIFE OF A SOLDIER.

In 2017, we touched the lives of more than 80,000 soldiers, veterans and bereaved family members, thanks to your support.