How 13-Year-Old Naama Found Resolve After Losing
Her Sister

Naama was only 13 years old, but she had already experienced profound loss; her sister, Cpt. Tamar Ariel Z”L – the first female religious navigator in the Israel Air Force – was tragically killed in 2014. In 2015, Naama participated in FIDF’s LEGACY Program, which brings together children from bereaved IDF families for an American summer camp experience, where they make new memories and share their stories and emotions with children who have experienced similar losses.

I will never forget that day we were ready to take home our beautiful baby Tamar. Chanan and I signed her hospital release papers and soon we were home, introducing her to older brother Yair and sister Efrat. and later, she would become the big sister to Jonathan, Asaf and Naama.

As a little girl, Tamar was always on the go. She walked at 10 months. She rode bicycles, climbed trees, and rollerbladed. At the age of 20, after completing her two year national service, Tamar wanted to do more for her country.  We weren’t surprised. After months of grueling tests, Tamar was accepted into the Israeli Air Force pilot academy. We were so proud of her.

Tamar was the first religious young woman to complete the pilot’s course. And being religious while completing her training wasn’t easy. But she loved a challenge and was respected by all who knew her. She was a team player, someone you could count on in a tough situation. She truly earned her wings. 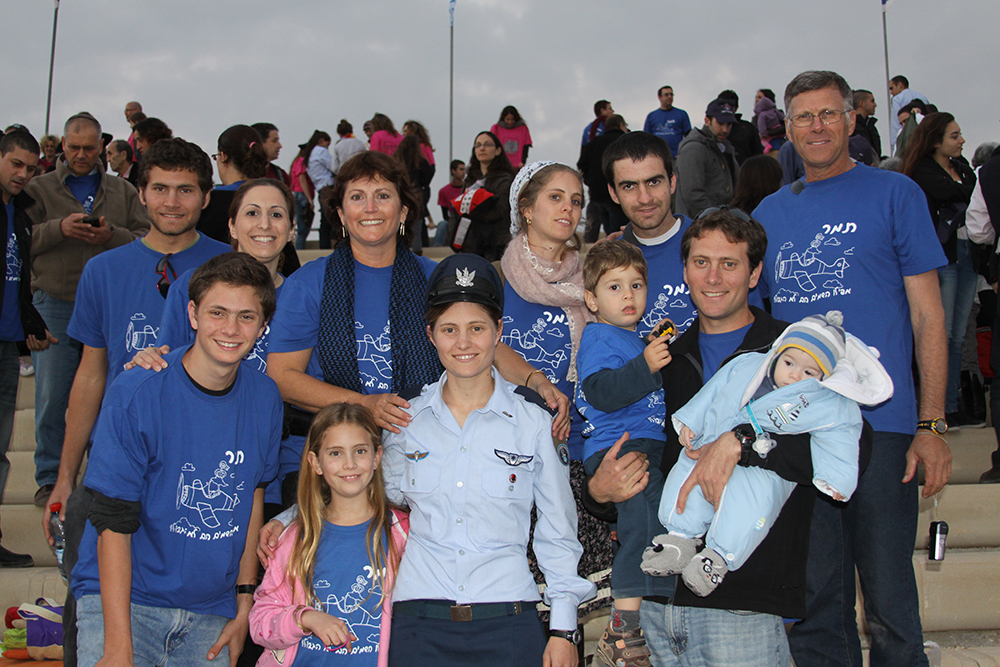 After three years at the flight academy, she signed to serve another nine years and became a combat navigator. Her flights were used as examples for other aspiring pilots. Her dream was to one day teach them herself as a flight academy instructor.

That was the other side of Tamar: always wanting to lead, to be there for others. She was the embodiment of “arvut hadadit.”  And yet she was never afraid. She told me once that she always felt safe up in the air and while flying missions, she prayed for her fellow soldiers on the ground.

Then came operation protective edge.  She “had our backs” as she defended our homeland. She flew so many missions, she was exhausted. so afterwards, Tamar decided to take a well-deserved vacation: a hiking trip to Nepal with friends. Then, on Erev Simchat Torah, we heard the news: a horrible snowstorm had hit the region where Tamar and her friends were hiking. We lost contact. The hours ticked away and we feared the worst.

On the evening of October 14th, after long hours of struggling in the snow, Tamar lost her life to hypothermia. We heard that under the terrible conditions of the storm, she had become a company commander of her group. She shouted out orders, cleared paths, and warmed the bodies of the friends she was determined to save. Thanks to Tamar, two young women are alive today.

Soon after Tamar’s death, we learned that her commander had chosen her as the outstanding fighter of her squadron. She never returned to hear the commendation she earned so well.

Our family has gone through deep sorrow, including our youngest daughter, Naama. But thanks to the FIDF, she has had time to heal among friends who understand and feel the same, at your LEGACY camp.

On one of the days when we were sitting shiva, army officials came to visit us. We had to sign another paper. This time, it was to agree to let our three sons remain as IDF combat soldiers.

I thought about that other paper we had signed not so many years before. And I thought about the little girl who had grown up to be a strong and giving fighter, committed to her fellow soldiers and her country. Tamar loved eretz Israel and the IDF. There was no doubt, we signed as a symbol of our faith in g-d, and in the future of our country. Yair serves in a special unit. At the time Jonathan and Asaf were cadets in the same pilot course once done by their sister. I am proud to tell you tonight that Johnathan has just graduated and is now also a pilot.

I want to thank all of you for being here tonight. When you commit to the FIDF, you are signing, too. You are signing on to support me, my husband, my children and all our IDF men and women in uniform and their families. You are standing together with us in times of joy and in our sorrow. And you are remembering Tamar. From the bottom of my heart, I thank you.

Open configuration options YOU CAN HELP A WIDOW, CHILD OR SIBLING OF A FALLEN SOLDIER FEEL LESS ALONE.