Friends of the Israel Defense Forces (FIDF) hosted its 5th Annual Israel Bike Mission – an intense six-day bicycle ride through Israel – from November 2-8. Joining over 50 North American FIDF supporters for this cross-country ride was a group of wounded Israeli combat veterans who have benefited from FIDF rehabilitative programs and prosthetic devices. Israeli cycling champion Roy Goldstein joined the riders on the mission.

Beginning in the southernmost city of Eilat, the riders headed north, cycled through the Mitzpe Ramon crater in the Negev Desert, then embarked on a second phase from Mount Carmel in the north to Caesarea, finally ending in Tel Aviv. The ride allowed the participants, all of whom are avid cyclists, to show solidarity with and support for the soldiers of the Israel Defense Forces (IDF) while visiting unique military sites, including the Golani Training Base and the Tel-Nof Air Force Base, meeting with soldiers along the way, and learning about the historical and geographical background of Israel and its borders. Activities for non-cyclists who participated in the trip were available as well.

Many of the riders are also supporters of the FIDF IMPACT! Scholarship Program, which grants four-year academic scholarships to combat and combat-support veterans from low socioeconomic backgrounds. These supporters reunited with about 20 of their IMPACT! students during the trip.

“We are extremely excited to have hosted our 5th FIDF Annual Ride in Israel. Biking across Israel with wounded veterans helped participants really experience the land, and the impact FIDF makes on the brave men and women who benefit from our programs,” said FIDF Midwest Executive Director Tamir Oppenheim. “This bike ride provided an incredible opportunity for FIDF supporters to explore Israel in a fun and challenging way.” 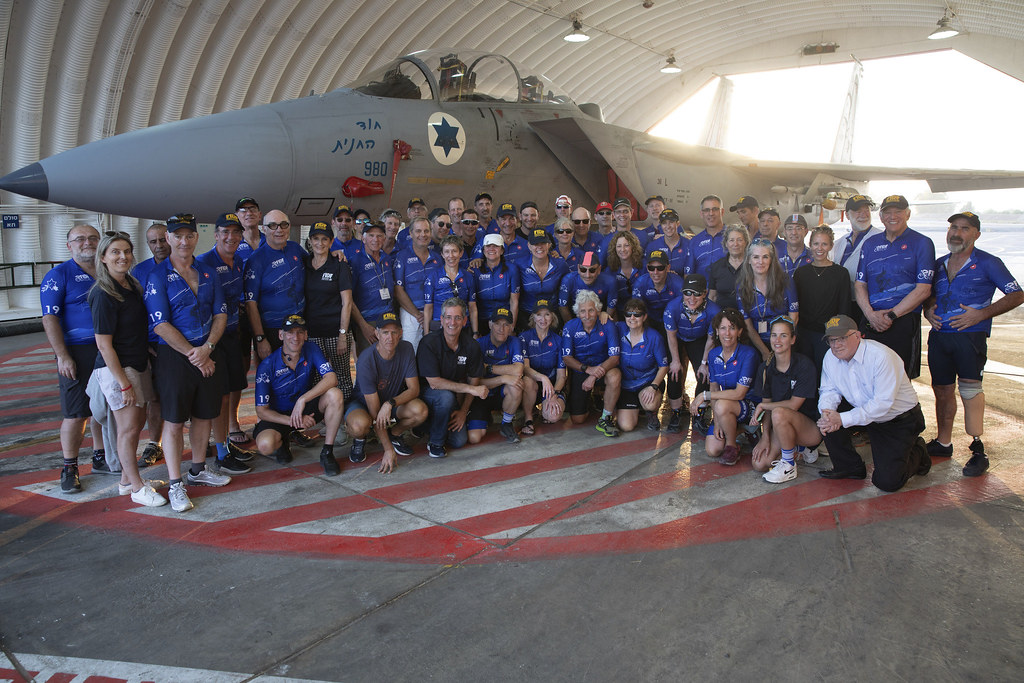